Regarding the election of the Abadgaran Construction Chemicals Manufacturer Group as the superior manufacturer of the Tehran Province several times, the Honorable Managing Director of the Company declared new technologic or knowledge base operations, goals and priorities of the Company in an interview with Ettelaat Newspaper.

He mentioned that one of the achievements of the Abadgaran Group in connection with knowledge base operations is production of the new generation of the armature glue that its features was improved for 300 percent in relation to the former ones. Special point of this glue is its simultaneous application in dry, wet and humid environments for armature implant in concrete and its individual specification is its application as a restoration material.

Finally Mr. Majzoob “Engineer”, pointed to the focus on productivity promotion and described that this thought and introduction to its modern indexes was concurrent with invitation of the Professor Kavada “one of the masterminds of the Toyota Factories” by Management and Planning Organization.

Also he added: In a condition that productivity improvement course of this Japanese Scientist was held by participation of the 100 national industrial and service units for introduction to modern concepts of the productivity, I tried to be one of the best Iranian students of the Professor Kavada in economic and productivity affairs with a best operative and executive result, "the interactions that are continuing with Professor Kavada currently”.

The excellent results of the course of the Japanese Professor has its special effects and is visible in all of the production lines, research methods and statistic quality control of the Abadgaran Knowledge Base Group. 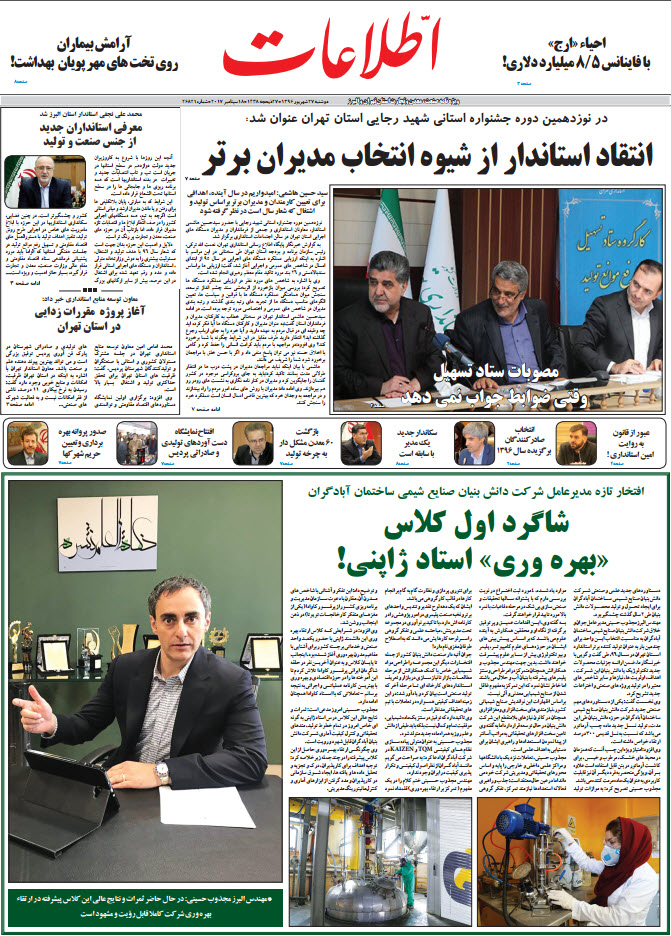 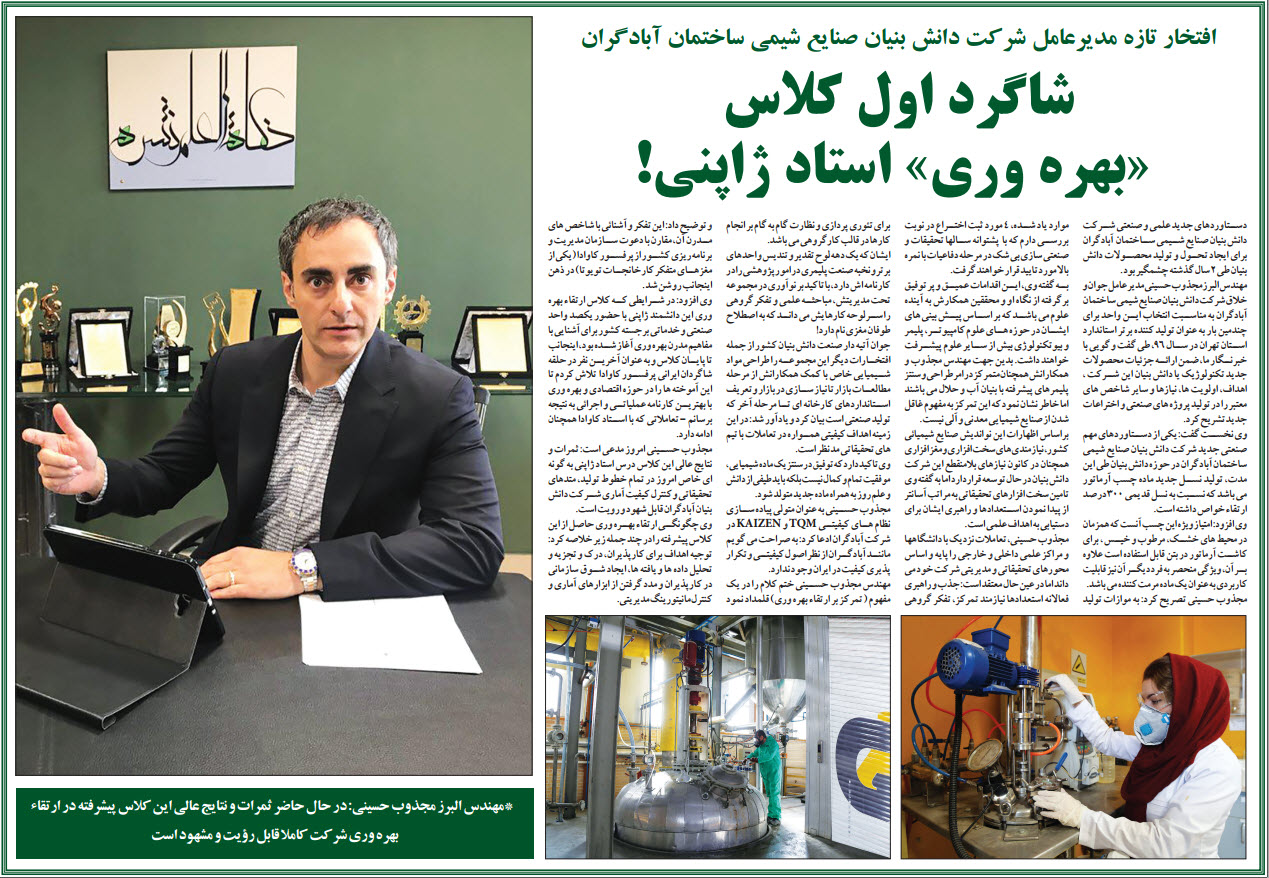