The 9th National Conference on Standards & Quality was held at the Conference Hall of Olympic Hotel/Tehran on February 16, 2016, and Dr. Pirouzbakht as CEO of the Institute of Standards & Industrial Research of Iran, Dr. Torki as Head of Tehran Province Management & Planning Organization and Eng. Bayat as Head of Tehran Province General Department for Standards & Industrial Research were in attendance at the Conference. In this Conference, the above-named officials provided a detailed elaboration of the macro-plans and goals of the country during the period following the approval of the Joint Comprehensive Plan of Action and the distinguished role of the Institute of Standards & Industrial Research in joining Iran to the global trade chain. At the end of the Conference, the Referee Panel’s sensitivity to choose top quality units in 2015 was emphasized. It should be noted that “nonexistence of major or minor quality faults and errors during a one-year period of providing services and products” is considered a criterion for choosing top laboratory units. Cooperating laboratory of ABADGARAN Construction Chemicals Group was nominated and applauded as one of the ten chosen laboratory units. 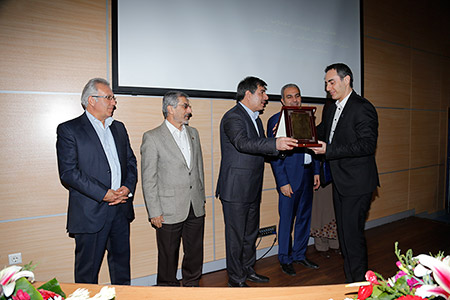